February 20, 2015
Writing about the Springfield Cardinals Diamond Era cap last week was a nice change of pace as I don't often cover caps from teams affiliated with organizations that are rivals to the San Francisco Giants. I decided to continue with that trend this week as the city of Albuquerque, New Mexico also has a significant minor league baseball history and most of it was spent as an affiliate of the Los Angeles Dodgers, which is the Giants' most vilified enemy. 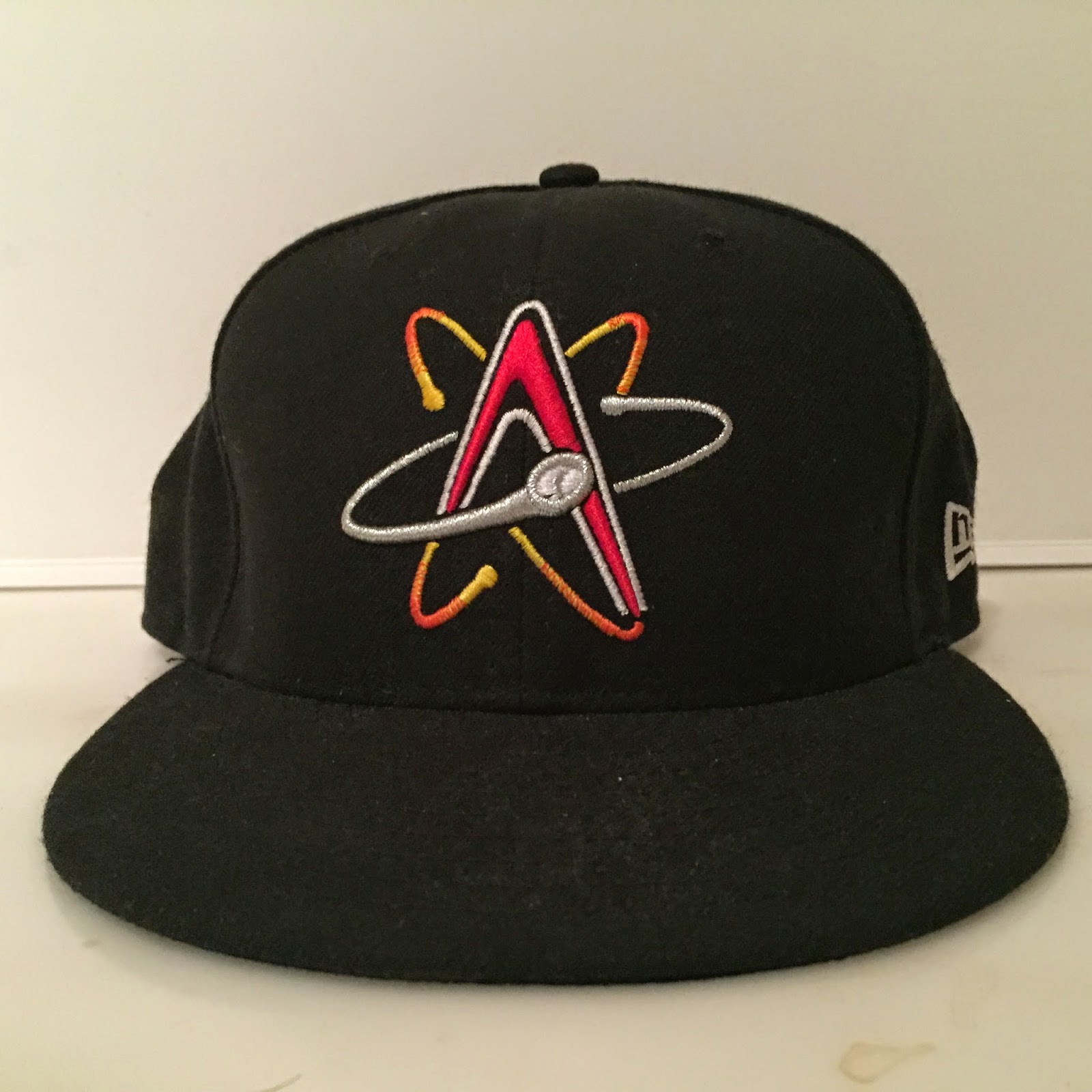 Here's a better look at this zany logo that I enjoy so much, as well as some obligatory photos of the inside tags that haven't changed much over the past few years: 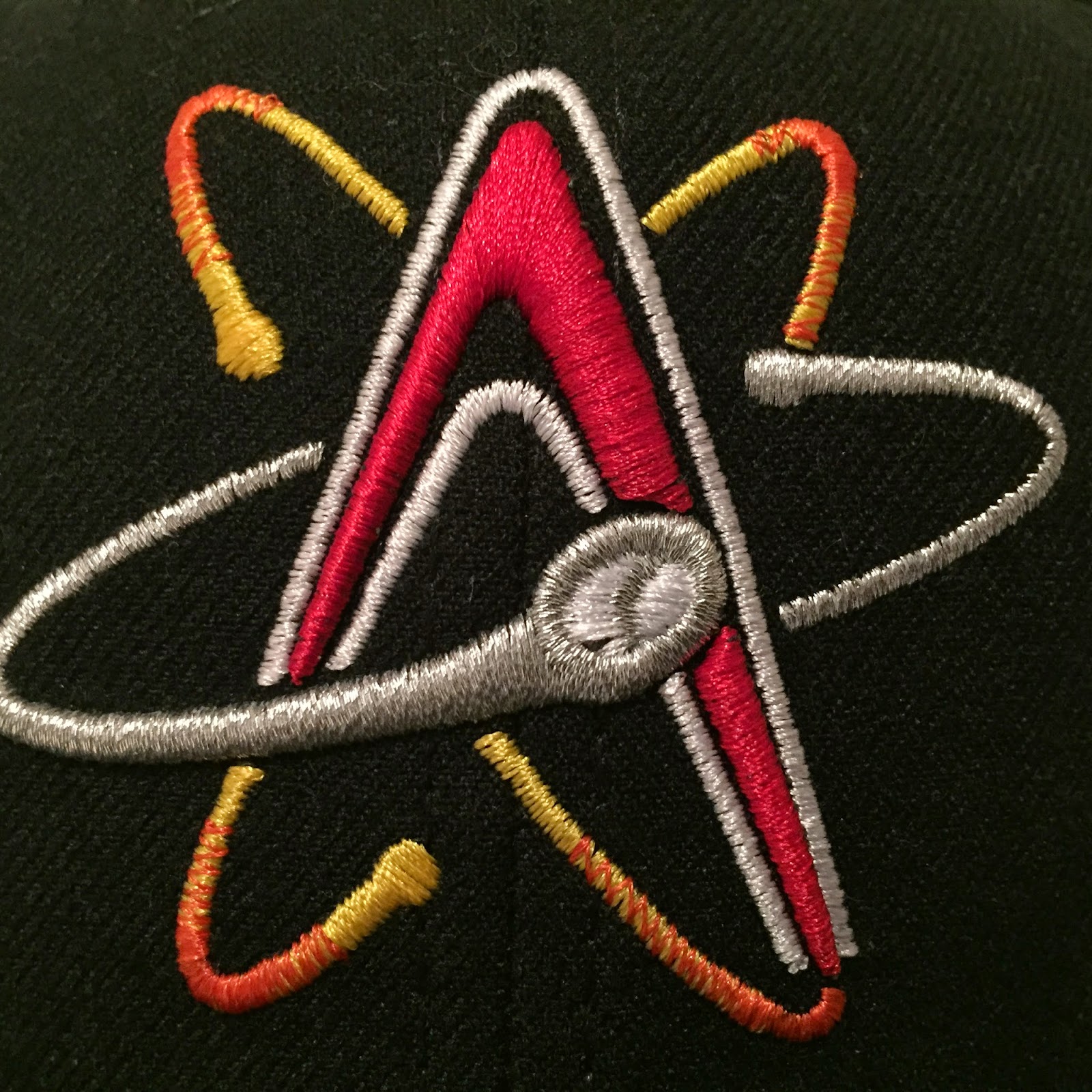 While most minor league teams switch leagues, towns and parent club affiliations regularly, Albuquerque endured a continuous player development relationship with the Dodgers from 1962 until the Dukes were sold and moved to Portland, Oregon in 2001. They became known as the Portland Beavers and began a ten season long affiliation with the San Diego Padres before that team relocated again in 2011. Thankfully, Albuquerque was not without baseball for too long in between then as the Florida Marlins' Triple-A affiliate Calgary Cannons were sold to a group led by minor-league baseball maven Ken Young. That group moved the Cannons to "the Enchanted State" in 2003 and Albuquerque continued to develop players for the Marlins until the Dodgers re-affiliated itself with the team in 2009. 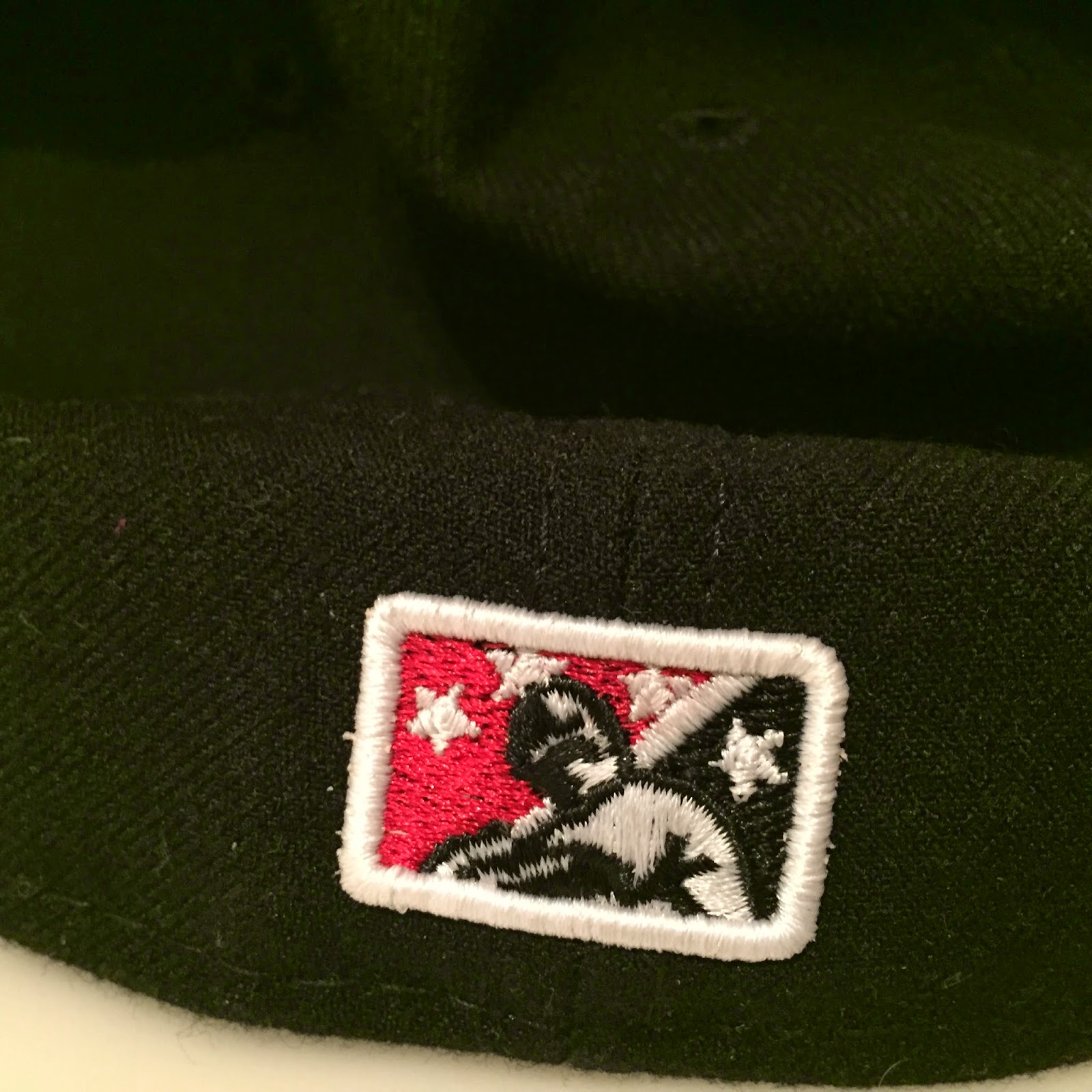 After two seasons of not having a team to call its own, the fans in Albuquerque overwhelmingly voted for their newly joined team to be known as the Isotopes as a nod to the episode of The Simpsons when Homer finds out that the owner of the Springfield Isotopes was plotting to relocate the ballclub to Albuquerque. Homer then protests the move by going on a hunger strike and after the owner’s plot was exposed, the plan to move the team was scrapped. Below is a video of The Simpsons’ Ken Levine discussing the origins of the fictional Isotopes.

I was wondering why they were called the Dukes in the first place and it turns out that Albuquerque, New Mexico is believed to be named after Don Francisco Fernández de la Cueva who held the aristocratic title "Duke of Albuquerque” and served as viceroy of the Spanish colony. While I do own an Albuquerque Dukes cap, I would probably never wear it because not only is that logo is a clear demarcation of Dodger fandom, but more importantly, I hardly think that cartoonifying (that's a word now by the way) a Spanish conquistador lessens the severity of the rape and pillage that they bestowed on the indigenous people that they conquered.

Sorry for the rant there; how bout some more fun facts about the Isotopes? Did you know that Breaking Bad character Walter White is a fan of the Albuquerque Isotopes?

The story of how that happened seems to be that Bryan Cranston (the actor who played White's character on the show) would often attend Isotopes games whenever his filming schedule allowed it. That dedication led to a mutually beneficial relationship between the Isotopes and Cranston as they worked together to raise money for several local charities. Plus, the team got a major publicity and merchandising boost while Cranston got to spend time in a ballpark enjoying the game he loves!

His appreciation for the 'topes clearly runs deep. In the photo below you'll see that the jersey and cap is done up in the colorway of the Dodgers, which was their parent affiliate at the time the photo was taken. Cranston grew up a Dodger fan but I still can't help feeling nauseated whenever I find out someone I admire is a fan of 'dem bums. Despite the part about the Dodgers, I like this match up because Breaking Bad and The Simpsons are two of my all-time favorite shows and I respect that they can each find a way to connect with my most loved sport.

Writing about Bart Simpson and Walter White makes me pose this scholastic-centric question:  do elementary schoolchildren still write book reports? I am asking because in all seriousness, I have no idea how the kids are turning in school projects nowadays. Are they just "curating a wiki page" or maybe just submitting Snapchat snaps? And without the internet how would Bart have ever been able to write a report on the progression of the different Dukes of Albuquerque? Or a running commentary on minor league baseball teams and the history of their affiliations with major league clubs?

One final (happy) note there is that in 2015, the Isotopes will be affiliated with the Colorado Rockies. This means it will now be less of an offense for me to wear this cap than if Albuquerque were still with the Dodgers. Anyway, here's a photo of the fun hat/lapel pin of Homer with glow sticks that I'm going to be rocking on this cap today! 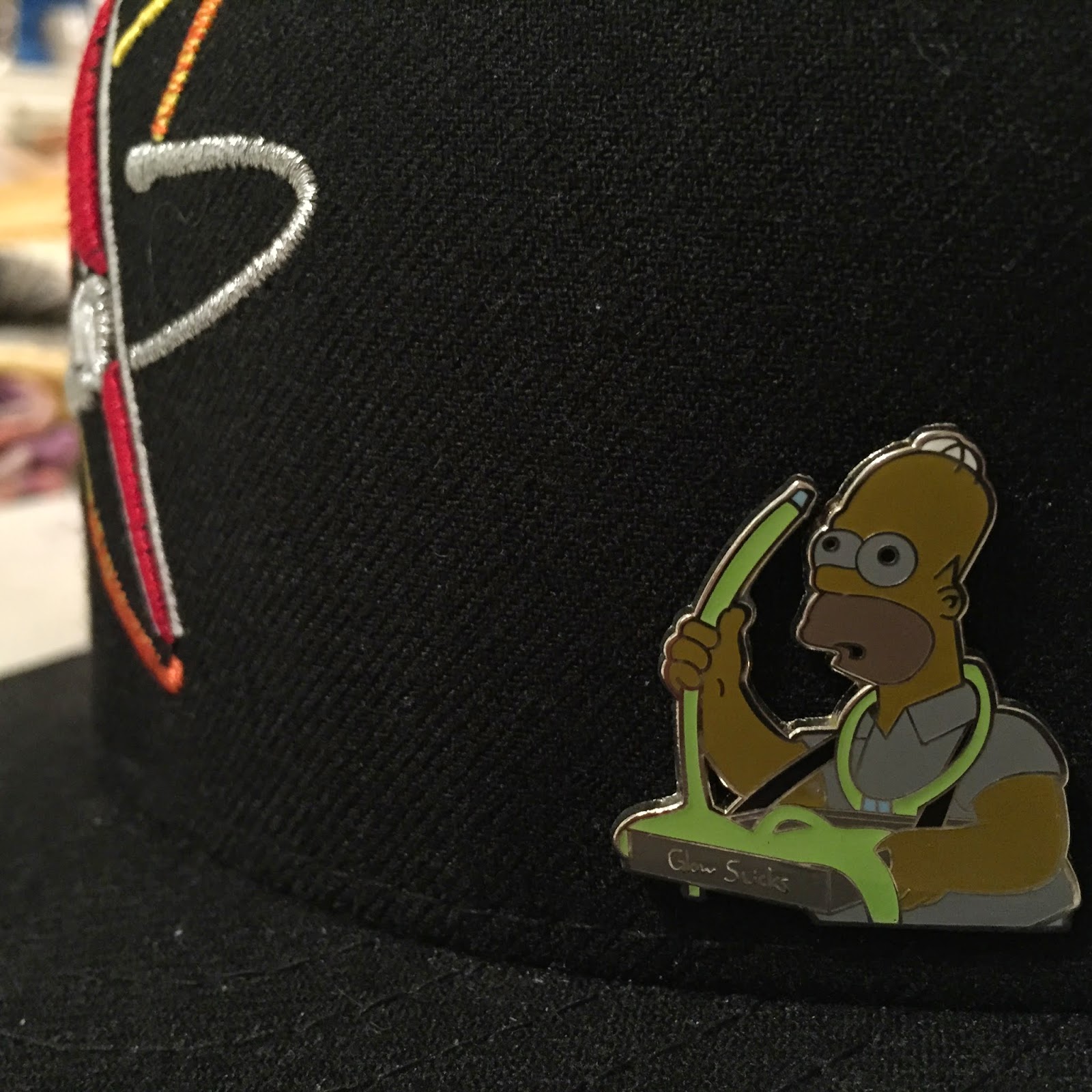