May 26, 2017
For the third installment of The Great eBay Haul, I'll be riffing off last week's 2006 World Series St. Louis Cardinals hat by featuring the team that the Cardinals defeated in that Fall Classic which (in case you might have forgotten) was the Detroit Tigers. 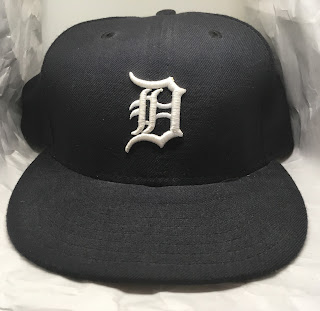 The Old English "D" is iconic. Something I appreciate about the Tigers' cap is how unprone it is to bandwagon fans, at least compared to other teams. Besides fans of Magnum, PI and Eminem how often do you see anyone who isn't a Michigan native wearing one? 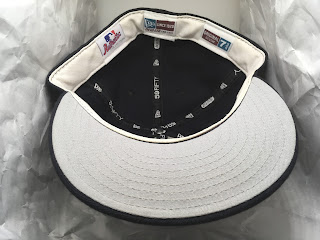 Sadly I won't be wearing this hat as it's a few sizes too big but I doubt I'd wear a Detroit Tigers hat anyway as I don't want to mislead people into thinking I'm a Michigan native...or a fan of Eminem or Magnum, PI. Of course, Tigers minor league caps are a different beast! 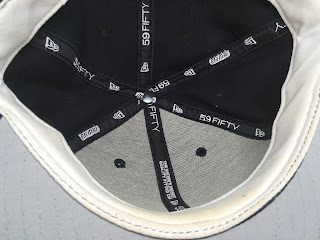 The sweatband tags and satin lining inside the crown are clearly from the early 2000's but the only match of those features I could find online was a cap that was worn (and signed) by Johnny Damon when he represented the Boston Red Sox in the 2002 All-Star Game.


I'm putting this cap on the Trading Block so please do not hesitate to reach out if you want this or any other cap from that list and are willing to part with any of the hats on my Wish List.


As always, feel free to reach out via any of the following social sites: