September 08, 2017
Welcome back to your regularly scheduled missives of a baseball milquetoast! The last few weeks of summer have been hectic for me but I'm ready for fall even if at this very moment my beloved San Francisco Giants are two games away from being eliminated from a wild card berth. But you know who's in the running for one of those berths in the AL? The Minnesota Twins! 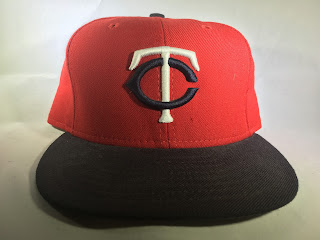 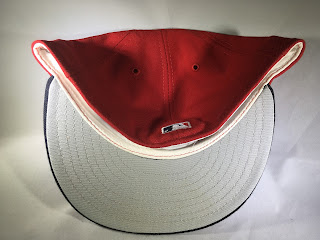 I've written about some Twins farm teams on here but never the big club. I figure now is as good a time to do that as any since they're currently playing decent baseball which is something they haven't done since 2010. That's not a fact but the way; it's just an opinion I came up with by looking at their record over the last few years!

Coupling that opinion with the 3 World Series the Giants have won since 2010 is comforting but let's get back to this cap because it intrigues me. The tags and satin taping are consistent with what I've seen on caps from 2002-2004 however I have been unsuccessful in actually finding images of actual Twins players wearing this cap during those seasons. 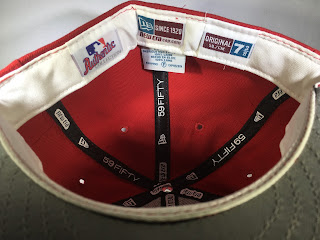 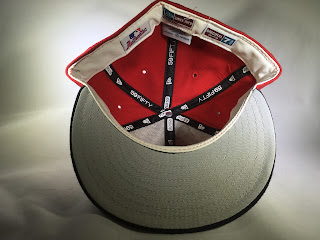 Looking at images and videos of the Twins from that period was rather difficult for me to do. I had to see A.J. Pierzynski's face a lot and I hate looking at his face because it reminds me of the awful, awful trade the Giants made to acquire him after the 2003 season.

It wasn't all bad vibes though as there were some bright spots on that 2002 team. It was David Ortiz's last season with the Twins and there were other guys I'm cool with like Johan Santana, Torii Hunter and Michael Cuddyer who is from my hometown of Norfolk, Va.

Anonymous said…
That utica blue sox cap is fresh as hell! I gotta get my thumbs on one of those lids!
September 9, 2017 at 3:45 PM