November 16, 2018
Fall doesn't officially end for another month but we had our first snow in New York yesterday so I've decided to put myself in a winter mindset starting now. Another wintry experience I had this week was attending the Buffalo Bills-New York Jets game at MetLife Stadium and in the eight years that I've lived in New York, it was my first time seeing a game there which isn't surprising as I'm not much of a football fan.

Even though I'm not that big into football, I've always made it a point to half-heartedly adopt a team from any city in which I've resided. I latched onto the Denver Broncos when I was at the University of Colorado and in the following years when I lived in the San Francisco Bay Area, I took to the 49ers but when I moved to New York in 2010, I just couldn't decide between the Jets and the Giants.

There wasn't anything about either one that attracted or repelled me in any way so I decided to expand my definition of a "local" team by adopting the Buffalo Bills as my perfunctory squad. One aspect about the Bills that I particularly enjoy is that they're the only NFL team that plays in New York since the Jets and Giants both play in New Jersey. Bringing that up to Jets and Giants fans is always a sore subject.

Another connection I have with the Buffalo Bills is their use of a cool looking buffalo in their logo which brings back fond memories of my days rooting for CU Buffs athletics. In all fairness though, both my alma mater and the Bills would be more correct in using "Bisons" as a team name instead but what can you do?

At any rate, the fact that the Bills don't use that moniker means the Buffalo Bisons of the Triple-A International League are free to use it as their team name which also means I can feature this cap as this week's Fresh Fitted Friday selection! 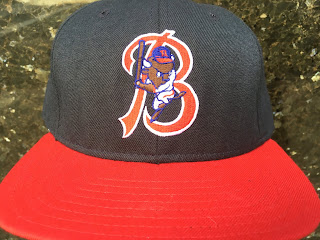 The Bisons wore this cap logo from 1993 through 1997. I like the subtly of the Buffalo swinging the bat inside this very unique looking "B" in the logo. 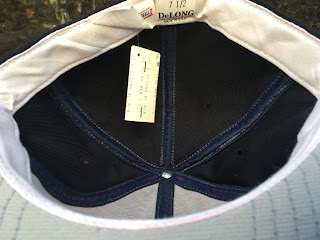 I do find it ironic that this vintage Bisons cap was produced by DeLong considering New Era was founded in Buffalo and is headquartered there to this very day. 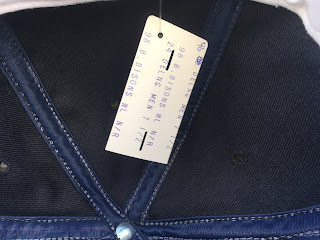 Of course, it's always a treat to have a cap this old where the tags haven't even been popped yet.

This cap is super dope and special to me so it isn't for sale or trade however don't hesitate to reach out if there's something you like on the Trading Block and you are willing to part with any of the hats on my Wish List.