June 14, 2019
Until now, I've only written about half of the sixteen cities who currently host a team in the Midwest League and this week's South Bend Silver Hawks cap takes it to the tipping point. 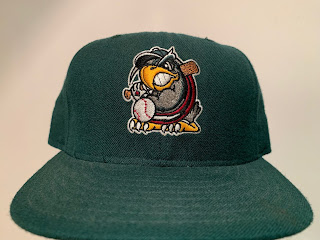 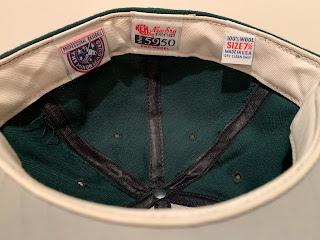 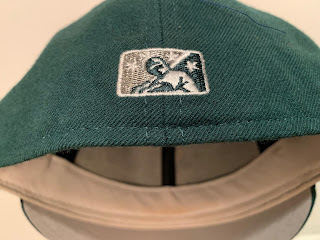 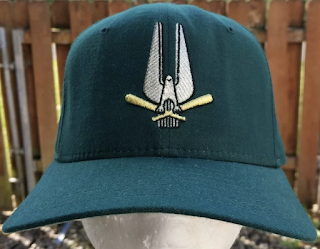 For the first three seasons of its existence, the Silver Hawks had an austere cap logo which definitely bucked the trend of the zany animals that many teams started using for their logos in the mid-1990's. In 1997, they finally bit the bullet on that aesthetic and I believe that this week's cap is from that very year.

The New Era flag debuted in 1997 so its absence on the sweatband tags tells me that New Era simply used whatever leftover tags they had for that season's Silver Hawks caps. The earliest photos I can find of players wearing this cap is from 1997 but that doesn't mean it didn't appear in 1996. Either scenario is possible, but I'm sticking with the former.

I also believe most fans of Minor League Baseball enjoy learning about team name origins and I was especially pleased to learn that the Silver Hawks were not named after Ken "The Hawk" Harrelson who spent 33 years as a broadcaster for the Chicago White Sox and one year ruining the team during his lone season as the General Manager of the White Sox in 1986.

All due respect to Hawk, I find it far more fascinating that the Silver Hawks were in fact named in honor of the Studebaker Silver Hawk which was produced in South Bend between 1957 through 1959. The fact that the team held onto that name from 1994 through 2014 definitely pays more than enough respect to the fleeting legacy of that automobile.

I really dig this logo but this cap is a bit too small for me so it's going on the Trading Block as I'm hoping someone out there is looking for an old school classic such as this one and is willing to part with one of the caps on my Wish List.

As always, thanks for coming back to read about minor league baseball hat geekery. I have comments disabled here so if you'd like to get in touch with me regarding a trade or just to chat about hats, feel free to reach out via the following social sites:
Instagram: @baseballmilquetoast
Twitter: @FittedFriday