December 21, 2018
The International League festivities continue this week with a cap from a team whose city has a history of hosting professional baseball that goes as far back as the origin of the league itself which was founded in 1884 while a year earlier, the Toledo Blue Stockings was an inaugural member of the Northwestern League which was all teams from the midwest. 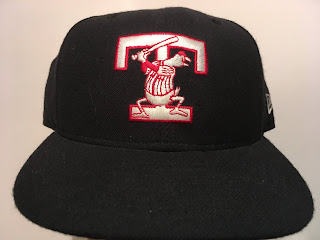 To me this cap is synonymous with my appreciation of the International League as it was the cap the Mud Hens wore when I started going to games almost 30 years ago. The fact that the team still wears this cap is a testament to its longevity. 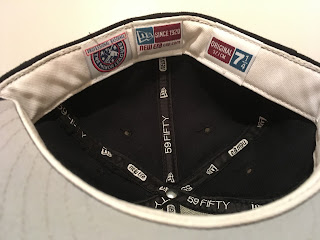 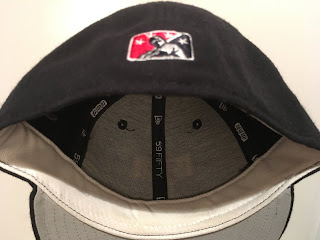 The satin taping is typical of caps from 2002-04 but the MILB sweatband tag is from no later than 2003, so that would be the final year this cap could have been worn.


As much as I love it when teams honor their past, I can't deny them the right to keep up with current trends when they spice it up with fun road and alternate hats. Pictured above are the current road cap (left) and alternate cap (right).


This week's cap is a size 7 1/4 which means it will be going on the Trading Block so please don't hesitate to reach out if you want this or any other cap from that list and you are willing to part with any of the hats on my Wish List.