March 01, 2019
So I ran out of Carolina League hats faster than I wanted to but we'll keep the southern flavor going with some South Atlantic League caps that I've had on the back-burner for a while. I haven't written about a Sally League team in almost a year so I dug up some gems to share with y'all over the next few weeks, starting with this Lakewood BlueClaws cap. 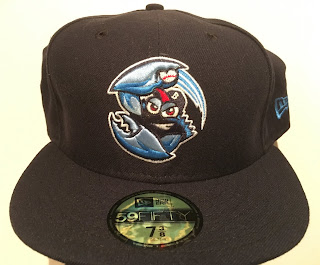 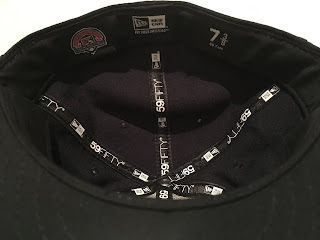 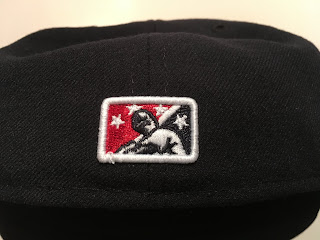 Based on the cursory research I've done for this week's post, the BlueClaws having been wearing this logo at most of their home games since at least 2010. Another tidbit I stumbled across is that the BlueClaws will have a Grateful Dead Night on June 22, 2019. No word on special caps but I caught a glimpse of the trippy uniforms they'll be wearing.

I'm glad I saw that tweet because it reminded me that I've had this cap on the shelf for far too long and I'm glad to be giving it its due respect. Another reason I decided to dust this one off is because for the longest time I thought this team was based in Georgia solely because the only other Lakewood I knew of was Lakewood Amphitheater in Atlanta.

You have to agree it's strange that the South Atlantic League goes all the way up to New Jersey but to be fair, Lakewood is in southern Jersey which is basically Philadelphia as far as many New Yorkers are concerned. I suppose it also makes sense that the BlueClaws are affiliated with the Phillies and have been ever since their inaugural season in 2001.

By current standards, that's a crazy amount of time for a team to be affiliated with one major league team but it goes to show how a good partnership is key to mutual success in baseball organizations. Speaking of long-standing partnerships, another reason I decided to wear this hat is because I'm visiting in-laws in Atlanta this weekend and I felt like trolling.

It's not a strong troll, but it's very timely as just today the Phillies locked up Bryce Harper on a 13 year deal worth $330 million. Just how many years he ends up actually playing in Philly is unknown but I know that Braves fans are probably not too happy that he will continue to pester them as he's once again a member of a division rival team.

I think this cap is pretty slick so it's definitely not going on the Trading Block but please don't hesitate to reach out if you want any other cap from that list and you are willing to part with any of the caps on my Wish List.