Welcome to the first Baseball Milquetoast post of MLB's 2020 postseason!

Those who remember my grim outlook at the beginning of the season might feel the urge to blow me a raspberry paired with a healthy "I told you so!" because those early predictions didn't come true and to that I say, hold your raspberries until the final out is recorded in the World Series as there's still time to fail, friends!

In all seriousness, I hope this season wraps up as planned even though I'm feeling mighty bitter about my Giants postseason plans get squashed on the very last day of the regular season. That it was at the hands of a division rival stings but not as bad as it would if they lost to the Dodgers. Still though, I'm not at all sure how to process my emotions about the PADRES playing the villain.

To their credit, the Padres have been grinding all season and I wouldn't be mad if they made it all the way to the World Series as they've been a fun team to watch. The only other National League team that I'm pulling for is the Braves so a Padres-Braves NLCS would be ideal for me. When it comes to the American League, I feel like I've got more options for teams to root for.

I've been impressed with the Rays all season but as a New Yorker, I've obviously got to pull for the Yankees. I was sad to see the White Sox get knocked out and it's a bummer the Twins are done especially considering Minnesota's connection to the Giants organization goes all the way back to when the Minneapolis Millers were affiliated with the New York Giants from 1946-57. 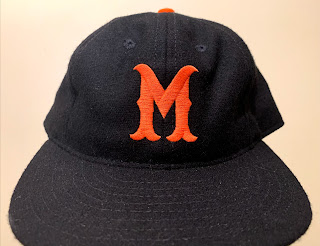 I've selected this retro 1951 Millers cap as this week's Fresh Fitted Friday selection because Hall of Famers Willie Mays, Hoyt Wilhem, Monte Irvin and Orlando Cepeda all spent time in Minneapolis during those years. It also marks the beginning of a Giants-laden series that I've dubbed Orange October as my Giants are missing the postseason for the fourth year in a row. 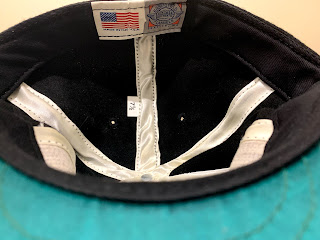 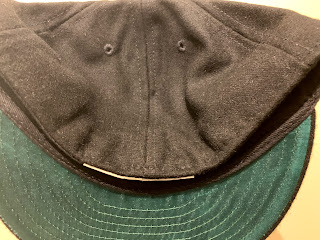 If you are also a Giants fan who's sad about the Twins getting sent home, check out McCovey Chronicle's "A Giants fan's guide to the 2020 postseason" where the case was made for Minnesota as they are a fun and exciting team featuring Giants alums Sergio Romo and Ehire Adrianza. The Braves also roster former Giants but Romo is an all-time Gamer in my mind.

And if you want to learn more about the connection between Minneapolis and the San Francisco Giants, I recommend you check out this New York Times article from 2005 with the backstory on how the New York Giants planned to move there in 1957 until Dodgers owner Walter O'Malley convinced Giants owner Horace Stoneham that San Francisco was the place to be.

As always, thanks for coming back to read about baseball hat geekery. I've got comments disabled here so if you'd like to discuss a trade or simply just chat about hats, please feel free to connect via the following social sites:
Instagram: @baseballmilquetoast
Twitter: @FittedFriday