July 07, 2017
For this week's edition of Fresh Fitted Friday, I want to acknowledge and pay tribute to the 10th anniversary of the 2007 MLB All-Star Game that was held in San Francisco. Two years ago, I wrote about the cap that the New York Yankees wore during that game but for the 10 year milestone I feel the need to show y'all pics of the Real McCovey, I mean Real McCoy. 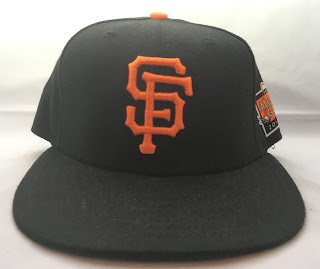 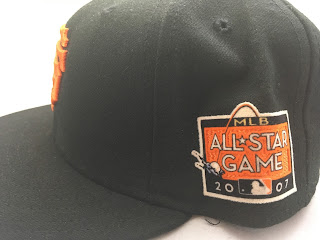 I've lamented before about how I regretted not scooping one of these when they were originally being sold in Bay Area stores but at least I was lucky enough to eventually find one! I love this All Star Game patch and just to show I'm not a complete homer, I'll tell you I make every attempt to get my hands on any hat that has this patch, not just Giants ones! 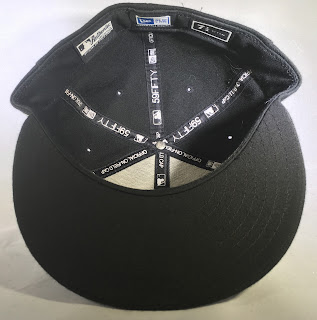 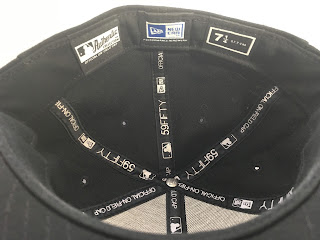 In contrast with the aforementioned 2007 All Star Game Yankees cap, this one has the "Blue Box" New Era sweatband tag however the other tags and the satin taping match up with that hat. 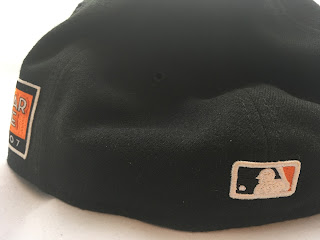 One thing I did get wrong when I was writing about that 2007 All Star Game Yankees cap post is that I mistakenly stated that all of the caps from 2007 had a red, white and blue batterman. Please forgive my transgressions as I was probably just experiencing feelings of extreme patriotism due to the 4th of July being a few days before writing that post.