July 26, 2019
As a San Francisco Giants fan, I have a distaste for anything Dodger-centric or adjacent which explains why I've always had a hard time getting into the Brooklyn Cyclones cap, which I've begrudgingly decided to write about for this week's Fresh Fitted Friday. 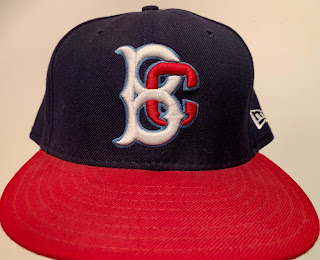 In one of my earlier, more cringeworthy posts I ranted on end regarding my dismay at the overt Brooklyn Dodgers nostalgia on display at CitiField but even that is nothing compared to what we see on the cap worn by the New York Mets' New York-Penn League affiliate. 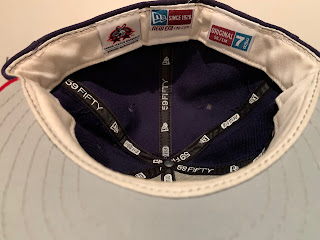 The earliest I've ever seen these New Era brand and size tags are on an MLB All Star Game cap from 2001 but I doubt this cap is from the Cyclones inaugural season which was that year. The satin taping is typical of caps from 2002-04 but the MILB sweatband tag is from no earlier than 2004, so that would be the earliest year this cap had likely been worn. 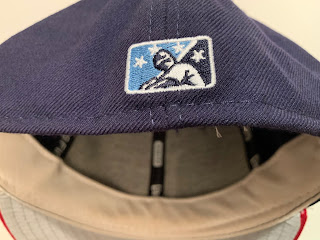 I like the powder blue MILB batterman here as well as on the outline on the lettering on cap's front logo. The Cyclones have had this logo since their inception and I don't see it going away anytime soon so I might need to start wearing this one out and about.


Maybe writing about the 1999 Boston Red Sox "All Star Game" cap a few weeks ago softened me up in terms of accepting teams who employ that dastardly serifed "B" in their cap logos. Even though the Boston "B" isn't exactly like the Brooklyn "B", it was close enough to prompt me to become a Yankees sympathizer when I moved to New York.

Despite my fair-weather preferences while I live in New York, I feel good being able to freely admit that I can have fun at Yankee Stadium as much as I can at Fenway and CitiField and enjoy games on the boardwalk in Brooklyn as I do near the ferry in Staten Island.