June 06, 2014
Ok now, I know these entries are named "Fresh Fitted Friday" but sometimes it's important not to overlook the virtue of the non-fitted cap. While I am not suggesting the likelihood of entry titles like "Sweet Snapback Saturday" or anything of the sort, I do feel that certain cap logos just seem to look better on snapbacks. 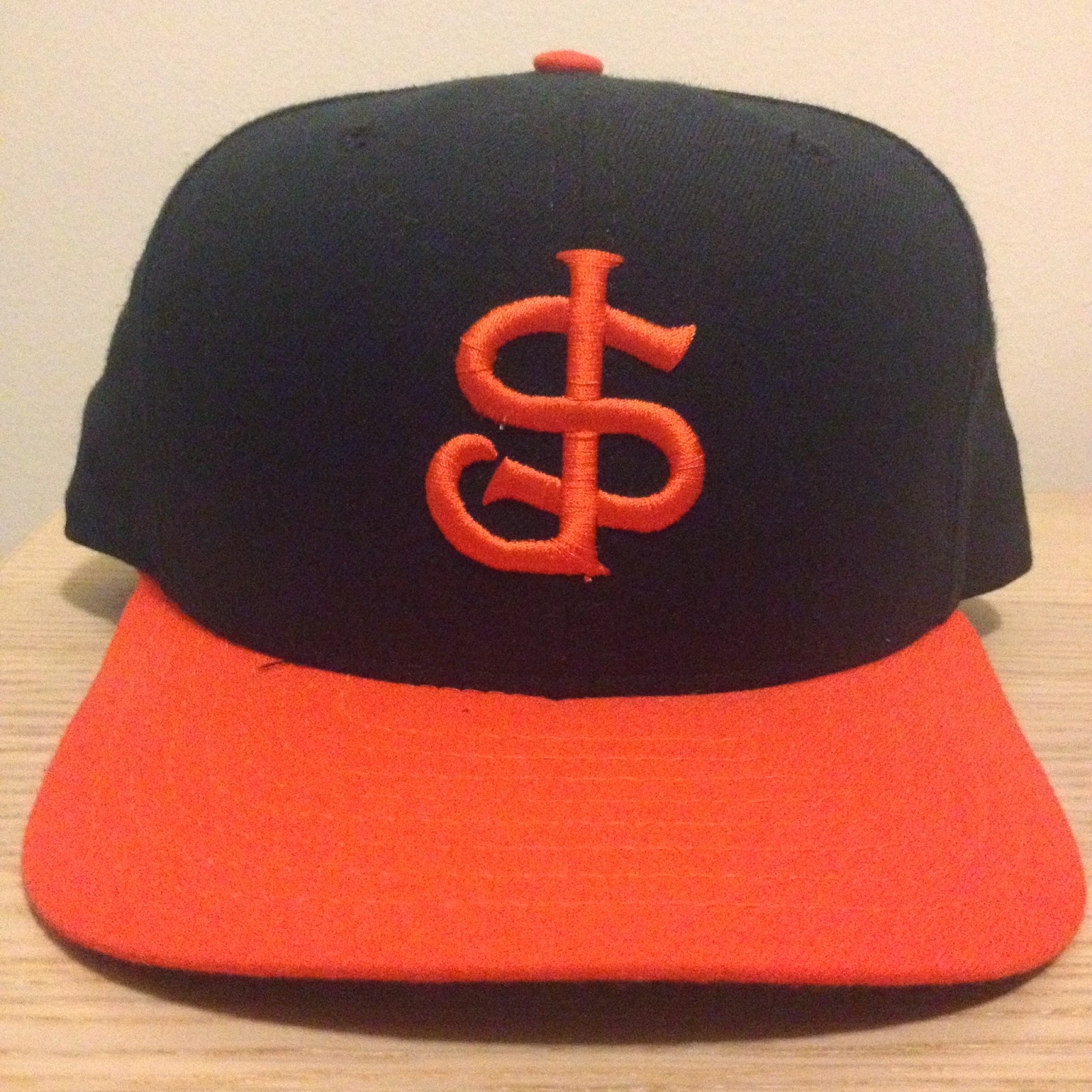 When I moved to New York City in 2010, I noticed then that much of the city's cap culture had started paying attention to snapbacks. I tried to stay away from that trend as much as possible but some caps represent your favorite team so well that, when they come your way it's hard to turn them down. Such was the case when I came across this vintage San Jose Giants cap. I've found that I'm not the only San Francisco Giants fan in town as I see plenty of standard SF Giants caps out and about, so I am looking forward to wearing this San Jose Giants snapback. I especially like the way the orange visor sets off with the green underbrim. It looks a little Sanitation Worker chic, but I'll take it. 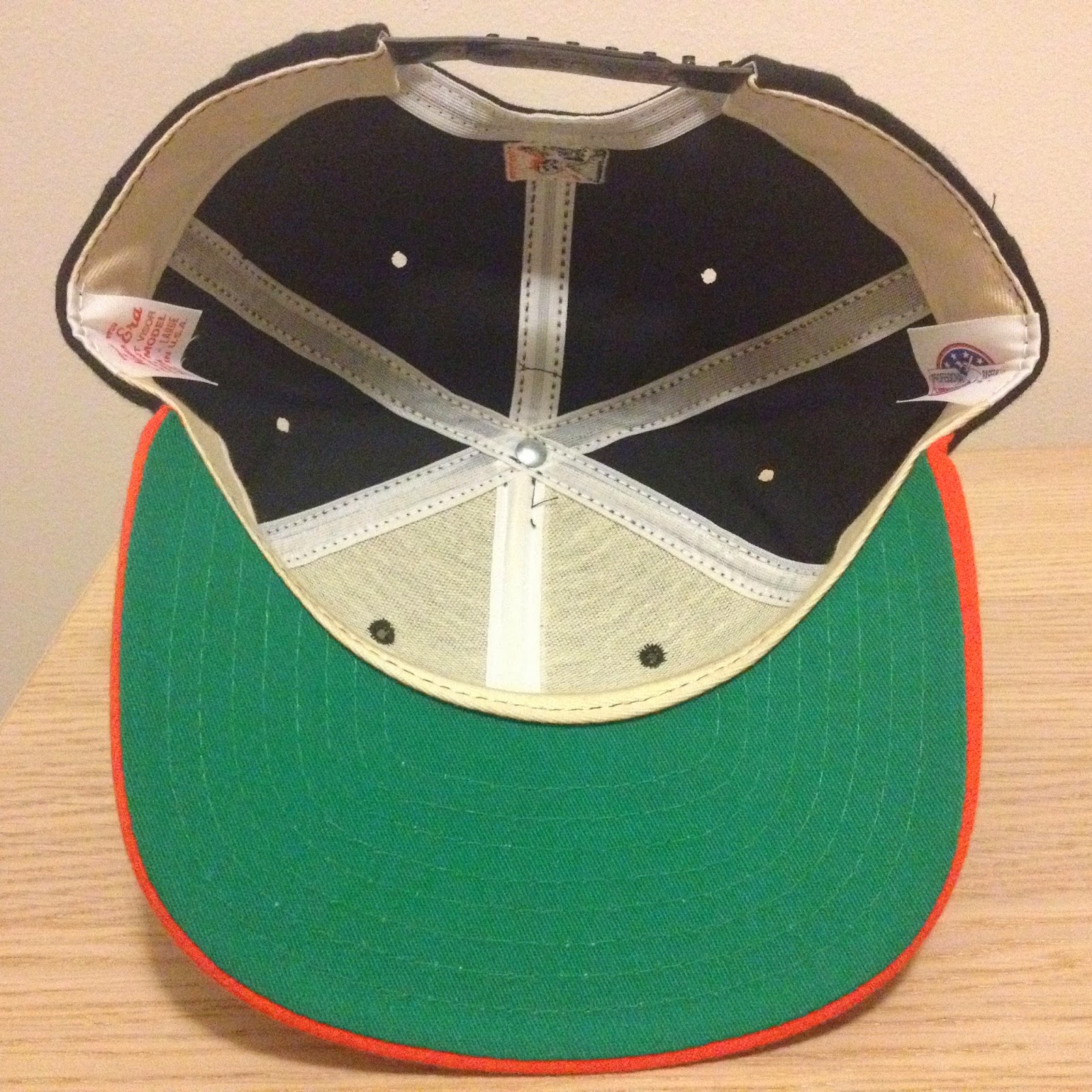 The current San Jose Giants cap logo with the curved serif font is one that has been used since the 1990 season. Before then, the San Jose Giants employed the "box logo" of their parent club as seen on this 1989 ProCards Rod Beck card:


The only other time that I wear a snapback is when I catch games at CitiField and my headpiece of choice is usually this 1990's Tidewater Tides cap. In taking another look at that Tides cap, I noticed  that the inside tags are identical on both caps. 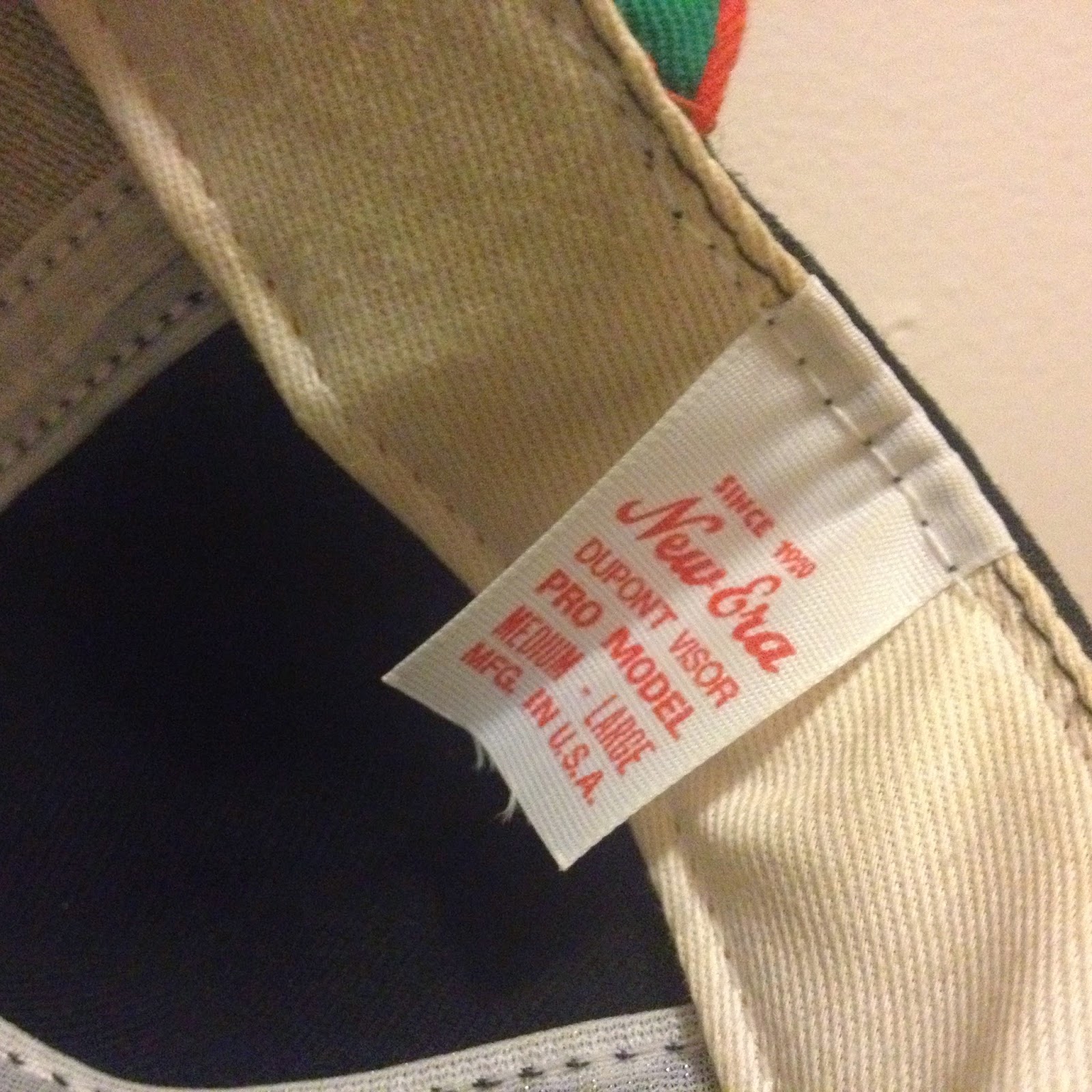 I can also tell that the piping the piping on the visor (and the visor itself) is a little bit more boxy on the San Jose Giants cap: 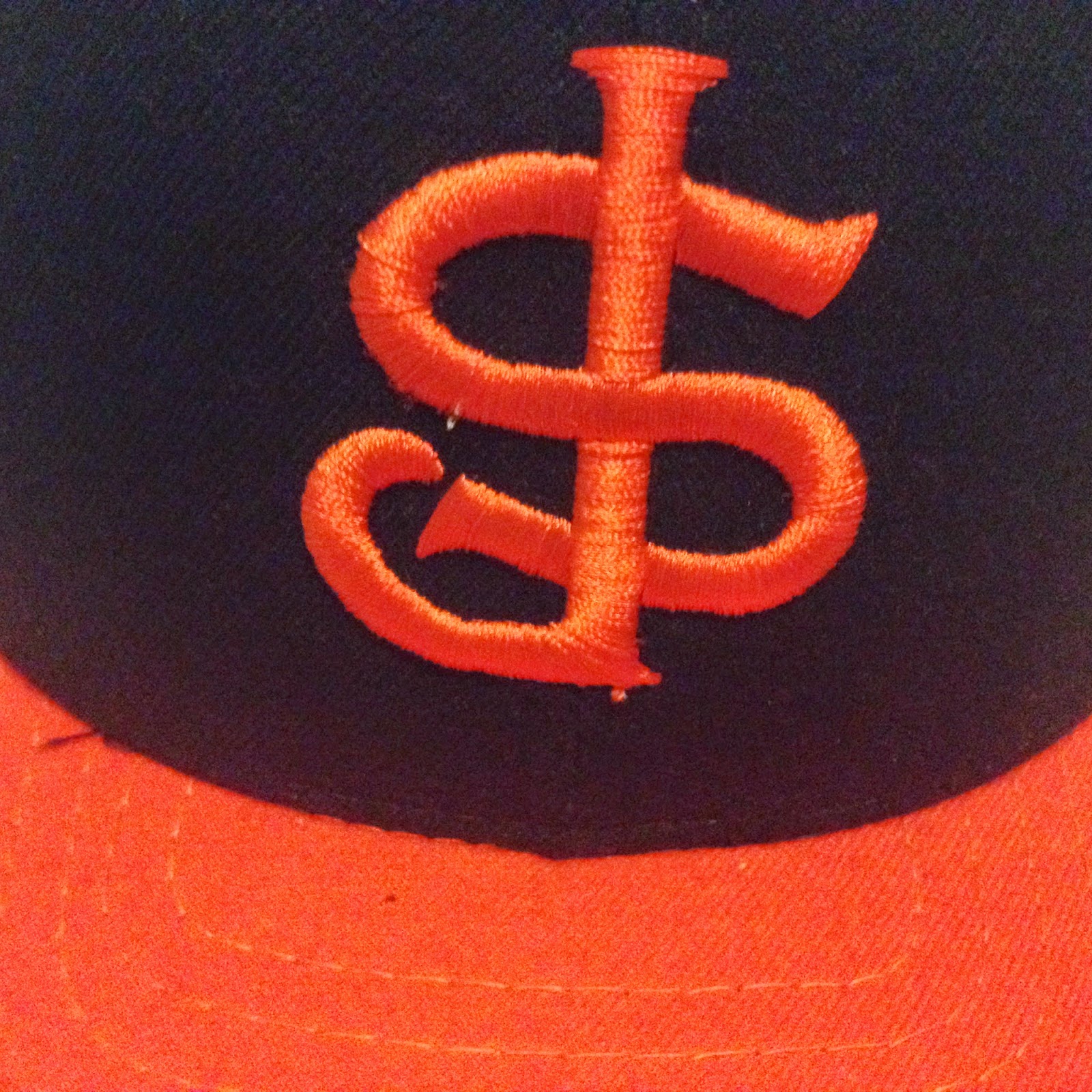 The only other difference between the two caps - other than the obvious, colorways and logos - is that this San Jose Giants cap features the MILB batterman logo on the rear of the cap: 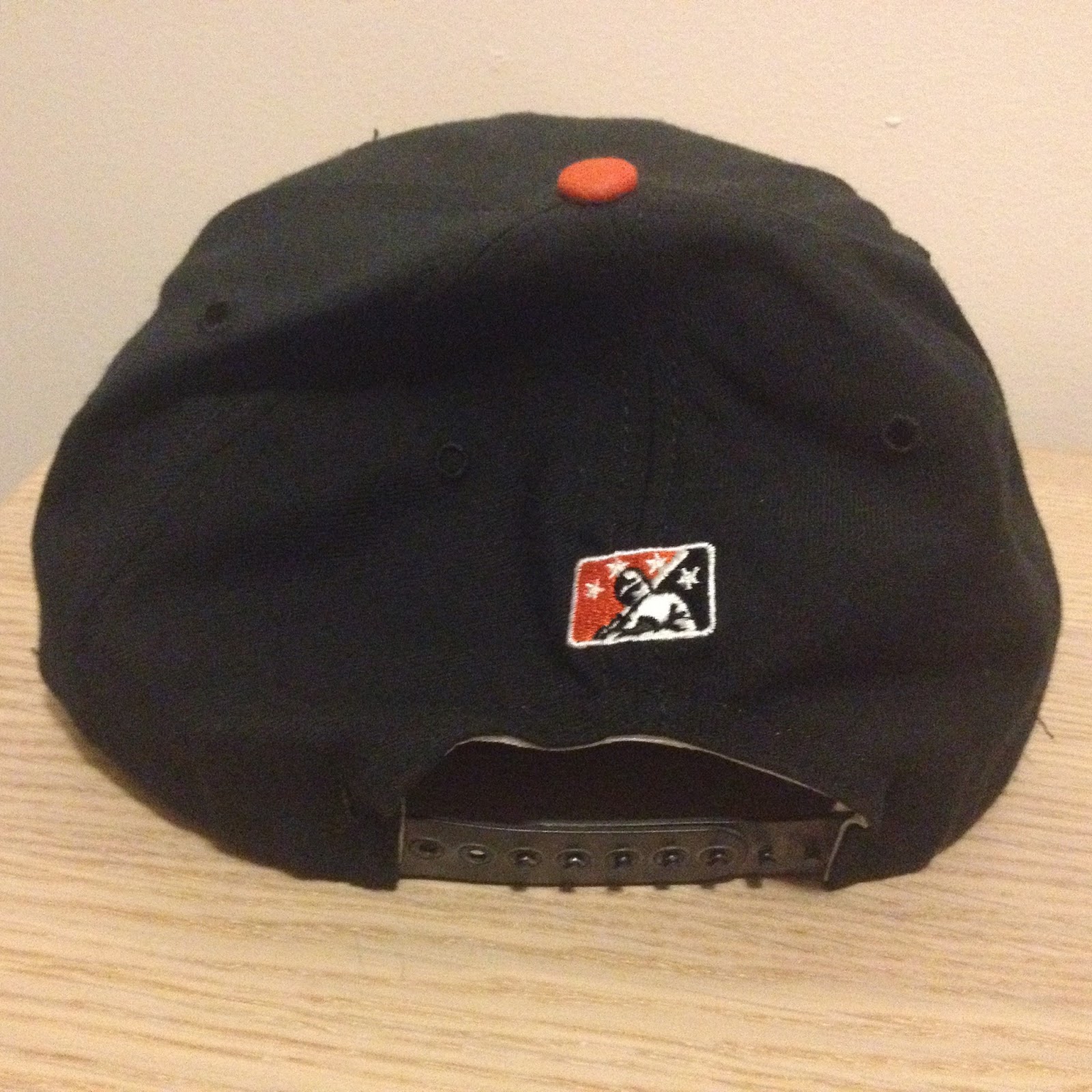 Again, I don't have too many snapbacks that I can reference to explain these variances but maybe that's a good enough reason to pick up a few choice ones here and there!

Update: After thinking this through a little bit more and finding some photographic proof to back it up, I've decided this cap is from 1994. This cap features the MILB "batterman" logo band and while the MLB variation made it's debut in 1992, the MILB caps couldn't have been too far behind. Seeing that the under brim is green  now the challenge would be to figure out what years the SJ Giants wore this cap.