January 18, 2019
Disclaimer: So I said last week that the International League celebration would be coming to an end then and while you think I'm breaking my word for today's Fresh Fitted Friday selection, I'm actually well within the rules because this Durham Bulls cap dates back to when they were members of the Single-A Carolina League. 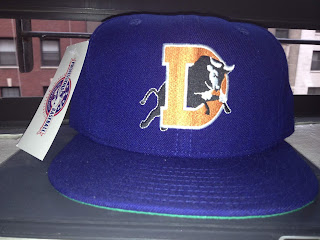 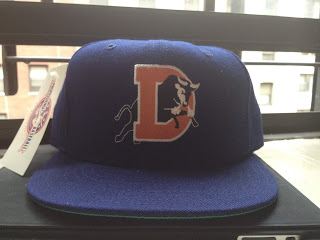 The first year the Bulls wore this logo on their cap was in 1988 but I have a feeling that the paper tags that came attached to New Era caps didn't begin to appear until sometime in the early 1990's. If anyone has any proof otherwise, I'm all ears however another reason I presume this one to be from then is because of the tags on the sweatband. 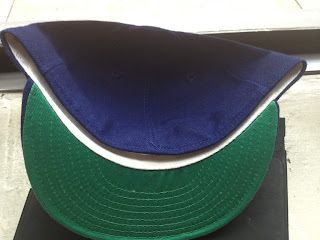 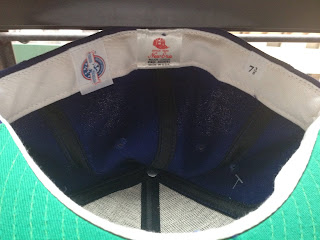 My apologies for the crummy quality of these photos but would you believe that they're from 2011? If you're ever been in awe about how old some of these caps are, just remember that some of the photos of these old caps are almost 10 years old themselves! Now, I must ask you: how amazingly vintage is that?!?!

As I think more about this week's cap, I'm reflecting on how crazy it is that this is a site that predominately features minor league hats and today is the first time I've ever written about the Durham Bulls. After all, this is the team that put minor league baseball in the national spotlight with the release of the 1988 movie "Bull Durham" starring Kevin Costner, who turns 64 today.


It probably goes without saying that since this is one of my favorite caps that it is not going on the Trading Block but please don't hesitate to reach out if you want any other cap from that list and you are willing to part with any of the hats on my Wish List.