February 15, 2018
Before we get back to our regularly scheduled programming, I want to thank anyone who took the time to consider the views I shared last week. I really do love the baseball hat community but sometimes folks get carried away when it comes to "maintaining tradition" but this week's New Haven Ravens cap is a safe Eastern League icon you're sure to love. 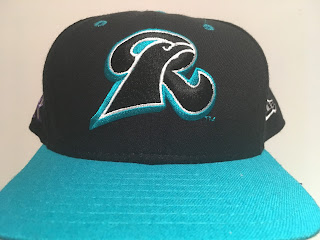 This cap logo is the one the Ravens wore from 1994 through 2000 and I prefer this version because it's the first one I ever knew and besides that, the other logo was only used from 2001 through 2003, which was their final year in New Haven. 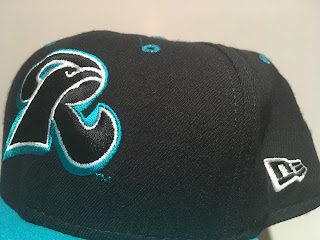 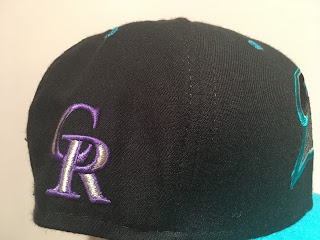 I'm usually firm in my belief that the New Era flag began to appear in 1999 but the Colorado Rockies logo embroidered on the wearer's right side throws that notion off since 1998 was the last year of the Rockies affiliation with the Ravens. 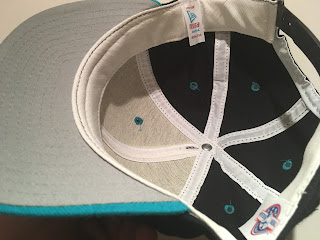 The most recently made hat that I own which features the white satin taping is a 1999 Capital City Bombers cap and if you check that cap out you'll see the sweatband tags are nearly identical as well.

I've had lots of inquiries from folks looking to obtain a New Haven Ravens cap from me and while I always say no, I believe I'll be adding this one to the The Trading Block.  As a Giants fan, I'm not sure if I could bring myself to wear a cap with the Rockies logo embroidered on it so I'm willing to trade it away if you're willing to part with any of the hats on my Wish List.