September 22, 2017
It's the penultimate week of the 2017 MLB regular season schedule and I'm feeling rather downtrodden, folks. The crummy Los Angeles Dodgers will clinch their 5th consecutive NL West title tonight or tomorrow and the odds are my poor defenseless San Francisco Giants will be the opposing team in the visitor dugout at Dodger Stadium when that happens.

You might recall that last year I called for black magick to eliminate the Dodgers from the NLCS and I'm desperately in need of sorcery this weekend so the Giants sweep LA thus preventing Dodgers fans from mocking us as they celebrates. To show I'm serious, this week's sacrifice cap is a former Dodgers minor league affiliate: the Great Falls Dodgers. 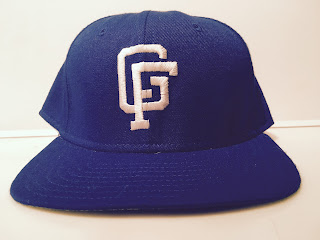 In all the years I've been doing this dang blog, I never thought I'd ever write about a Dodgers hat but here we are. While last week's cap featured a Dodger-esque design element, this week's cap is more Dodger-istic, meaning you can 100% tell that this is just a stupid Dodgers hat. Also, I can't be objective when talking about my most detested rivals. 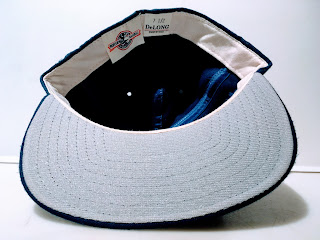 DeLong caps are not in my wheelhouse of expertise so I wouldn't dare stamp a year on this one. However, if you held a Dodgers foam finger to my head I'd say it's probably from the early to mid 1990's which is when I believe New Era sealed the deal to make all MILB hats. 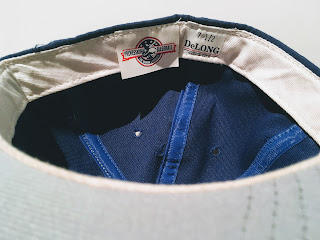 And now for some schadenfreude regarding former Great Falls Dodger Raul Mondesi who entered the Dominican Republic's political scene after his playing career ended. The 1994 Rookie of the Year spent the last six years as San Cristobal's mayor but sadly will spend the next eight years behind bars after he being found guilty of political corruption. 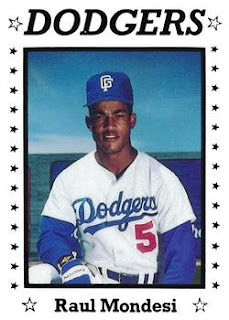 To lighten the mood a little bit, I'd like to share a fun photo of a jolly Pedro Martinez wearing a Great Falls Dodgers cap in 1990. I hope you enjoyed my lackluster review of this cap and if you have a Great Falls Giants cap to trade me for it, you'd be my hero for life! 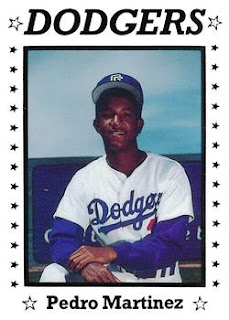 Even though this cap is super-rare, I think it would be better off in the hands of a Dodgers fan so it's going on the Trading Block because I'm sure someone out there is looking for a rarity such as this one and is willing to part with any of the vintage caps on my Wish List.

I'm looking forward to seeing y'all back here next week for more fun. As per usual, here are the caps that I'm currently/always on the hunt for (in addition to a Great Falls Giants cap!):
As always, thanks for coming back to read about baseball hat geekery. I've got comments disabled here so if you'd like to discuss a trade or simply just chat about hats, please feel free to connect via the following social sites: