September 15, 2017
Alright folks, I admit last week's cap was not very tantalizing but if every week's post features an exciting hat then what is an exciting hat? Ok well, maybe you just have high standards for this site so I should just shut up and deliver this ultra-rare treat: a super vintage Fort Lauderdale Yankees cap. 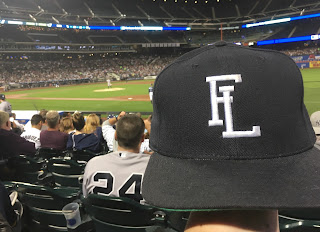 A lot has happened in this past week's news cycle but let's not soon forget the devastation that Hurricane Irma wreaked in the Caribbean as well as many parts of Florida, including Fort Lauderdale. For Tampa, it meant the Rays were not be able to play a home series against the Yankees so that series ended up getting played at CitiField in New York. 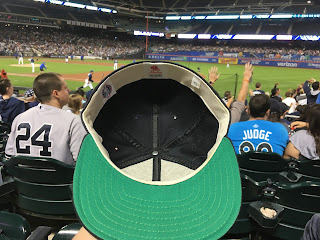 It was a rare treat to see the Yankees play somewhere other than Yankee Stadium so I wore my Fort Lauderdale Yankees (rather than a Tampa Yankees) hat to honor the occasion as well as to show solidarity with my Floridian friends. I suppose I've always associated Fort Lauderdale with pinstripes because of alumni such as Mariano Rivera and Bernie Williams. 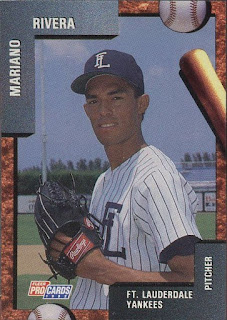 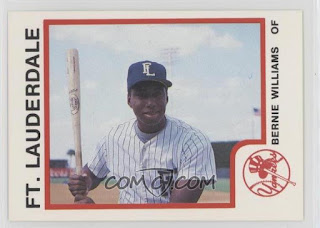 Just stating the obvious here but the serifs on this cap logo really make it more akin to the Los Angeles Dodgers lettering than the Yankees, which I really don't like to admit. However, I think the white on dark navy (as opposed to Smurf blue) colorway heads that misconception off at the pass. 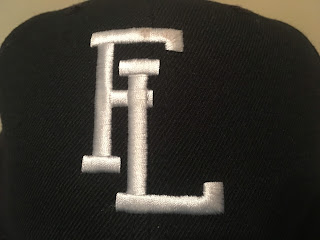 One thing that is going to remain a mystery to me is what year this cap is from because from what I've gathered, the team did not alter it's cap logo much over the years. The New Era tag is consistent with what I've seen up through 1992 but that's no help as it could not be from after 1992 anyway as that was the Yankees final season in Fort Lauderdale. 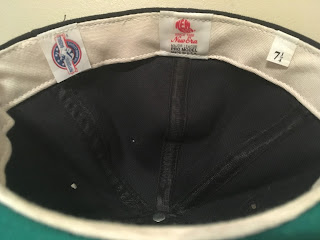 This cap is not going on the Trading Block but please don't hesitate to reach out if you want any other cap from that list and you are willing to part with any of the caps on my Wish List.

I hope y'all enjoyed my take on this Fort Lauderdale Yankees cap! As always, thanks for coming back to read about baseball hat geekery. I've got comments disabled here so if you'd like to discuss a trade or simply just chat about hats, please feel free to connect via the following social sites: