March 02, 2018
After bringing the heat last week, I really wanted to continue the love for the Albany Yankees and since I just happened to have an even more rare hat of theirs on ice, you know I had to do it to ‘em! 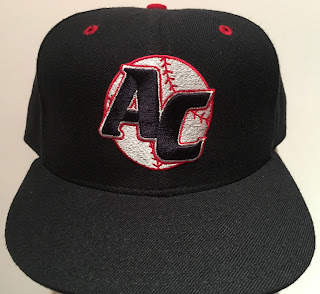 Even though Albany wore two different cap logos in 1994, the one shown here was only worn during that final season in Albany which makes slapping a year on this hat a slam dunk. I also love that future Hall-of-Famers Andy Pettitte and Derek Jeter wore this cap during that season. 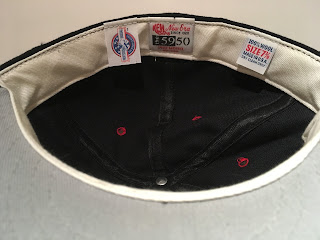 The New Era and size tags on this cap are the same as last week although unlike last week’s cap, the New Era and MILB tags haven’t been ripped out of this one. Also of note, last week's ripped out MILB tag looks to be an older version of the one used for this cap. 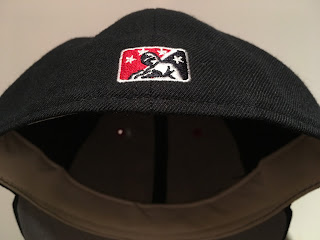 While I would love it if the Albany Yankees caps that I’ve featured over the past few weeks receive the retro treatment, I just hope they don’t get MAGA-tized with a custom all red release. I know I’ve been rocking my soapbox hard lately but I'm grossed out by the slew of custom and retro red caps that have come out recently and I hope this one's safe from that.

The Charleston RiverDogs are the worst offenders for releasing a rarely-worn red Rainbows cap rather than the classic all blue version. Also, the collaboration between Ebbets Field Flannels and Lids inexplicably featured an all red Edmonton Trappers cap that was only worn in 1982 as opposed to the blue crown/red brim version worn from 1983-1992.

Those were both a hard pass for me as was the all red “What If?” Jacksonville Expos cap that ecapcity released a little while back instead of the classic pinwheel version. I know I’m a snowflake but I sure wish everyone would dial it back with these all red cap releases!

I hope you enjoyed reading about this Eastern League classic in the second part of the Albany-Colonie celebration. This cap isn't for sale or trade however don't hesitate to reach out if there's something you like on the Trading Block and you are willing to part with any of the hats on my Wish List.