May 04, 2018
While last week's first in-person game of the year was the true beginning of this MLB season for me, I’m even more pumped to attend my first San Francisco Giants game of 2018 this coming Saturday in Atlanta. Yes, I have to settle for an away game but it’s my first time at the newly built SunTrust Park so I’m commemorating the experience with a cap that honors both teams. 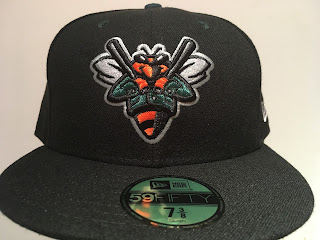 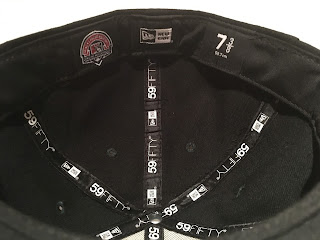 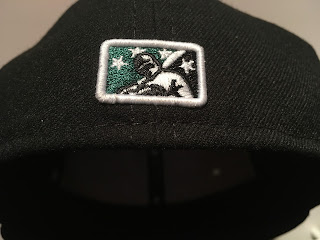 The Augusta GreenJackets have been affiliated with the Giants since 2005 and wore this logo from 2006 through 2017, which was their last year playing in Augusta, GA.

Wait, what? OK, so they’re still the Augusta GreenJackets but after the 2017 season, they moved from Lake Olmstead Stadium in Augusta, GA to SRP Park, which is located in North Augusta, South Carolina. Thanks to this newly learned factoid, I can’t stop thinking about other teams that play and/or have played in cities adjacent to a city with the same name in a bordering state.

The Delmarva Shorebirds don’t qualify for this distinction as they play in Salisbury, MD but I suppose they would if they played in Delmar, DE or Delmar, MD. Coincidentally, those two states also each have cities called Marydel that border each other, which is weird. Another thing my coastal brain will never comprehend is the dynamic between Sioux City, Iowa, South Sioux City, Nebraska, and North Sioux City, South Dakota.

The two major league teams that come to mind for this phenomenon are the Kansas City Royals and St. Louis Cardinals, although the Mississippi River separates East St. Louis, Ill and St. Louis, MO which makes it a bit more difficult to conflate the two cities. Maybe that’s a good thing.

Phew! Boy, that little diversion reminded me of when I delved into the multiple identities of the Jackson Generals and Springfield Cardinals. As a reward for taking part in this recent geography lesson, I’ve got some fun photos of former GreenJackets.


This cap isn't for sale or trade however don't hesitate to reach out if there's something you like on the Trading Block and you are willing to part with any of the hats on my Wish List.