May 24, 2019
I hope everyone enjoyed the South Atlantic League caps over the last few months but if the volume of posts was too much, that's ok too because I have a more streamlined set of caps on deck for the Midwest League series, which starts off this week with a Waterloo Diamonds snapback from 1993. 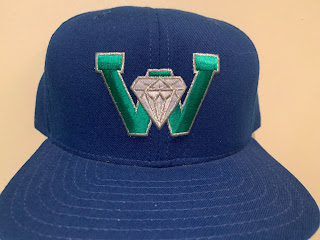 For their inaugural season in 1989, the Diamonds were a co-op team (aka baseball's version of polyamory) featuring players from the Baltimore Orioles and the San Diego Padres but they were going steady with the Padres from 1990 through their final season in 1993.

The Waterloo Diamonds were only a team for five years in total and the fact that they only wore this cap logo for their last two seasons makes it super unique to me. I think a lot of other hat nerds feel the same way because when Hat Club recently did a retro release, the cap sold out rather quickly and I wouldn't be surprised to see it return sometime soon. 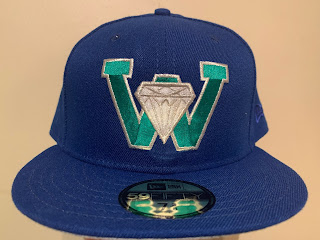 The logo is comically large but you would only know it if you held the OG side by side with the retro.

I've been making lots of noise lately about how the MILB batterman began to appear on caps in 1994 however the team's last season was in 1993. You can see how this is problematic for me and why i need to see if I can find more caps from 1993 that have the MILB batterman. 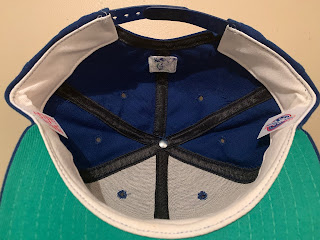 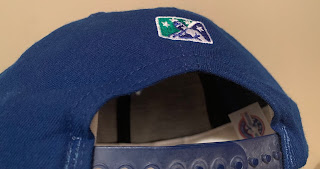 Over the years, I've been collecting photos of a few fitted versions of the cap that I've come across and here's a two-tone version that also features the MILB batterman: 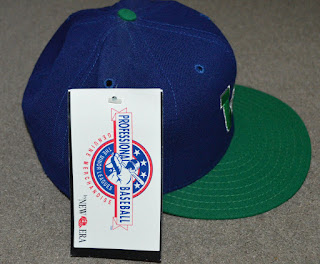 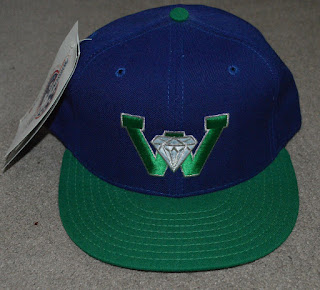 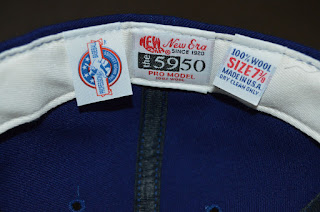 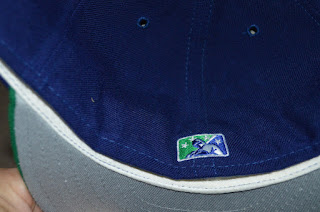 Here are some photos of one with more updated MILB sweatband tag which also has the MILB batterman on the back of the cap: 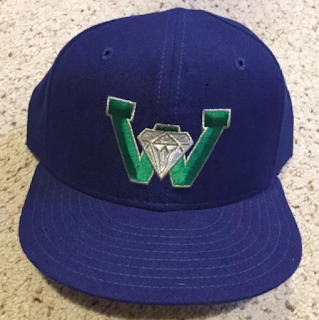 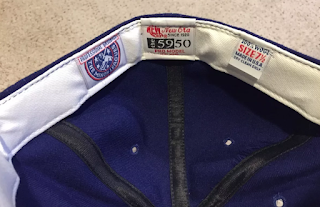 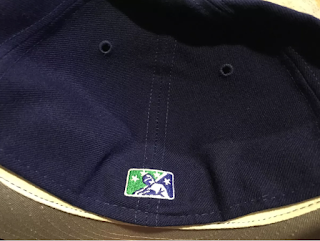 As rare as this hat is, I feel somewhat guilty admitting that I've got two Waterloo Diamonds snapbacks on my hands so one of them is going on Trading Block in hopes that someone out there wants it and is willing to part with one of the hats on my Wish List. I think a fun trade for this one would be the Charleston Wheelers but of course I'll entertain all reasonable offers.

I forgot to include a photo of this "Waterloo Baseball 90th Anniversary" cap from 1994 in the original post and while it's not the type of hat I'd wear, the design might explain the MILB batterman on this week's cap. In short, this cap implies that there would be professional baseball in Waterloo in 1994 which was not the case after all. 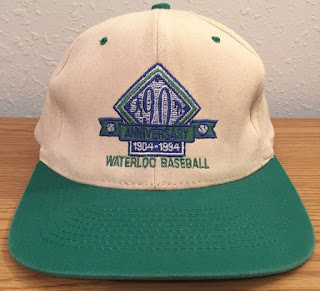 What I'm trying to say is that even though their team would depart in 1994, I'm not ruling out the possibility that Waterloo ordered up these commemorative hats as well as official New Era on-fields. It might seem far-fetched but remember that the town was in mourning and might have wanted to honor their recently-departed team with a batch of memorial merch.