May 03, 2019
I can't recall when I first saw a cap that was designed by Brandiose but I'm guessing it was the current Asheville Tourists home cap that I picked up in 2014. I think until then I was more into collecting vintage caps but once I acquired my most sought-after logos, I was better equipped to appreciate the recent designs that had come onto the scene.

We have seen a great many Asheville Tourists alternates ever since their Brandiose rebrand was pushed live in 2011 but I believe this week's "White-Navy-Light Blue" colorway was done as a custom rather than an on-field. 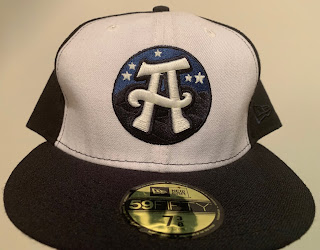 The starry night motif really pops on top of the white panels but I also think the blue stitching along the edges of those panels pops but in a distracting way. This is definitely the oldest cap I've seen with that contrasting stitching so it might be all that nonsense started in 2014. 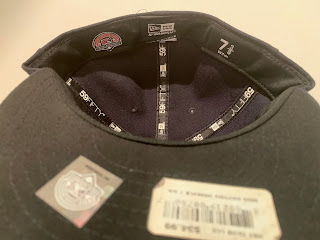 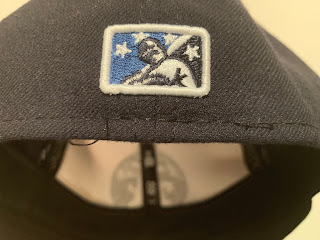 I've got more Asheville caps than any other team but this is my only one with the craftsman-style "A" on it. According to SportsLogos.net's write-up on the rebrand, the inspiration for the font's name and design is a nod to the craftsman homes in Asheville.

Whatever the story is, I'm glad it replaced the previous version which always seemed too close to what the Atlanta Braves and Oakland Athletics used. Speaking of Atlanta, the "A" here actually reminds me of this Atlanta Crackers cap from 1962. I recently learned Hat Club once released a retro of this cap so if it ever comes back around, I'd likely scoop it up.

This week's cap is just over five years but it still seems as innovative to me now as it did when I first caught a glimpse of it on The Clink Room's blog in 2014. My connection to the Tourists' new logos was instant and it sent me into a frenzy where I spent hours on their blog researching all the work they had done and what was coming up.

Sadly, Brandiose shut down Clink in July 2015 but the sense of community that it fostered among hat nerds can still be felt today. I'm glad that Brandiose is still cranking out fun logos and getting all the love and respect that they deserve but every now and again I get overcome with nostalgia for Clink.

I'm on the fence as to whether this cap is going on Trading Block so I might as well use the tag here and if anyone really wants it, hopefully they are willing to part with one of the hats on my Wish List. 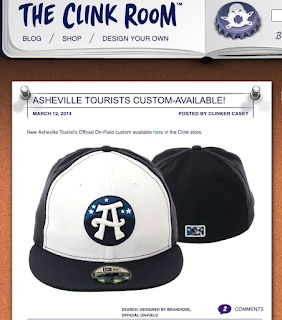 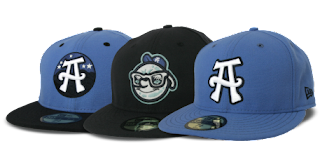 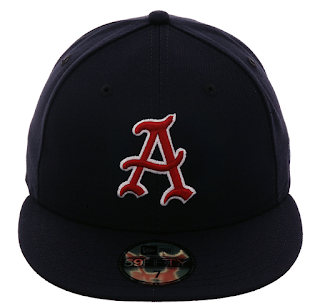