August 02, 2019
This week's Fresh Fitted Friday selection from the New York-Penn League takes us north of New York City metropolitan area to Duchess County which is where the Hudson Valley Renegades have played since their inaugural season in 1994. 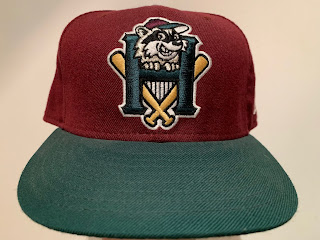 This cap logo was worn by the Renegades from 1994 up through 2003, which was their final season with the burgundy and green colorway. 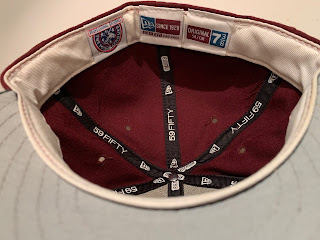 In addition to the colorway switch-up in 2004, the MILB sweatband tag is from no later than 2003 which tells me that would be the final year this cap could have been worn. 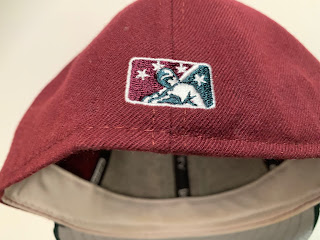 For as long as this team has existed, it has relied on Studio Simon in Louisville Kentucky to design its entire brand identity. For an in-depth account of the team's rebrand in 2017, check out this this excellent write-up by Paul Caputo for SportsLogos.net.

It takes a good amount of effort and desire to leave the city for fun day trips up to the Hudson Valley and while I definitely don't get up there enough, just writing about this cap is giving me an itch to make the trek up there to catch a New York-Penn league game.